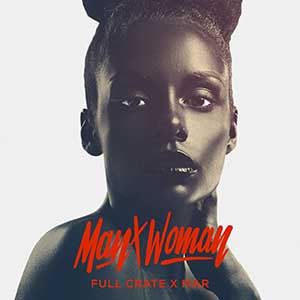 Where’s the love for house music? House music is the stepchild of music. It’s recognized but not favorable for a variety of reasons, valid and invalid. The fact that it seems that every house song sounds exactly the same doesn’t help its cause (so does a lot of Latin Music, unless everyone happens to be playing the same salsa song all the damn time).

In my Internets travels, I came across Full Crate x Mar. Don’t know where. Don’t know how. I thought Full Crate x Mar was some underground backpack hip hop group that was either from Brownsville (the really bad part of Brooklyn) or some white dudes from Bushwick (the new really bad part of Brooklyn due to gentrification and fucking hipster scum). Turns out they’re two white dudes from Amsterdam who make some really soulful house music.

Man x Woman isn’t that annoying, droning house music, or is it crap called techno… there in lies the issue with many of the dance/house music tracks out there – they come off as noise. Man x Woman escapes this dilemma thankfully.

Who's rocking with Full Crate x Mar? Share in the COMMENTS.