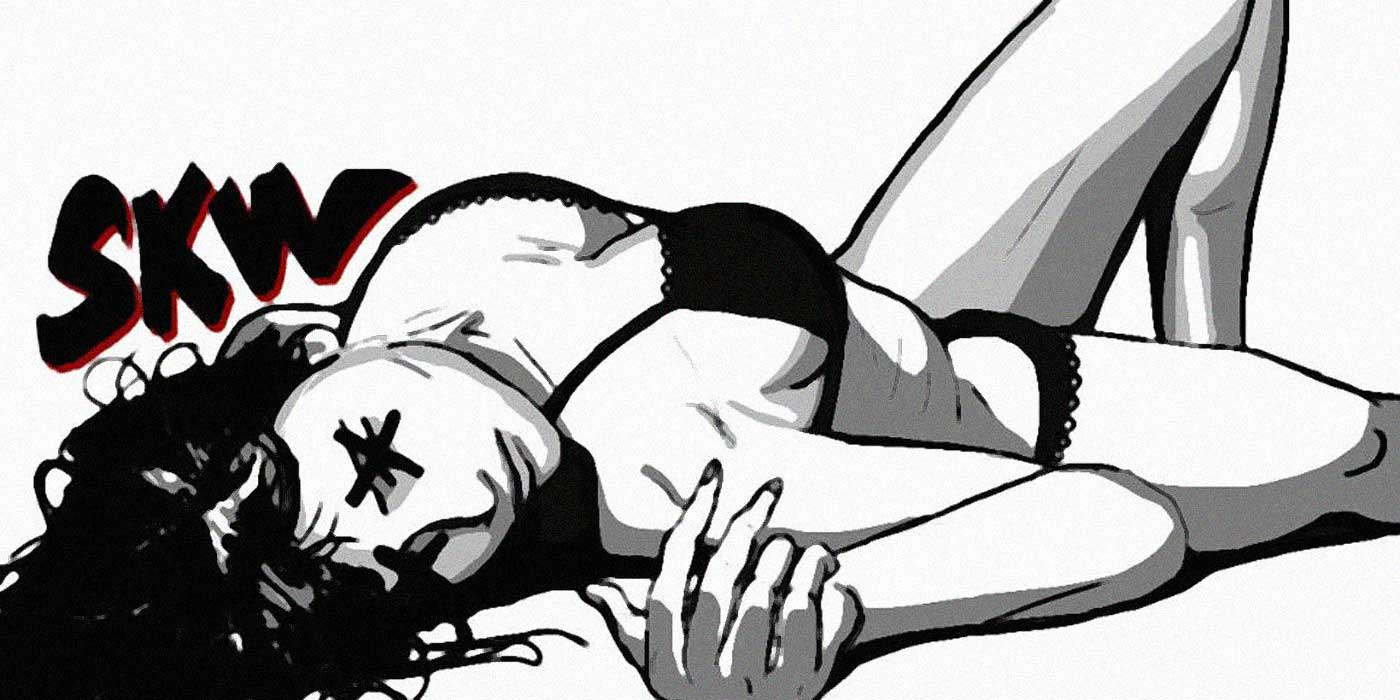 [intense_row skin=”default”] [intense_column size=”3″][intense_image skin=”default” image=”9683″ size=”AlbumCover” title=”SomeKindaWonderful” caption=”Reverse Album Cover” shadow=”10″][/intense_column] [intense_column size=”9″]Apparently men can be hoes and disloyal too. “Reverse” from Cleveland band SomeKindaWonderful is my new favorite shit. The song. The video. The name of the band. The concept. Everything. I’m lovingly loving it. It so over-the-top, you can’t help but sop it up with a biscuit.

Next up is the song. It’s about a remorseful, yet unrepentant, cheating recidivist. Most men’s kryptonite is boobs and ass. For black men, it’s a big butt and a smile. For SomeKindaWonderful, it’s legs and long hair. It was just a sleepover. Basically, it’s not his fault. When is it ever a man’s fault that he finds himself getting some strange? Exactly!

Last up is the video. I just saw the teaser for Quentin Tarantino’s Hateful 8 and the music video for “Reverse” resonates strongly. It’s SO dramatically over-the-top. We got clouds, and smoke, and mist, and fog, x-ray body images, Sin City-style color correction, explosions, birds, lots of bird {I’m guessing ravens, because ravens are the most dramatic bird right next to eagles and vultures}, SomeKindaWonderful band members playing their instruments dramatically, slow motion {everything looks better in slow motion}, tears, rainstorms (in reverse, of course) with purple lightning, and umbrellas, a band member playing the tambourine dramatically and of course, in slow motion, a beating heart beating to the beat, and finally a butterfly and a caterpillar. You need a drink after watching this shit. It’s amazing and fucking awesome. I love it. I watched the thing twelve times in a row. The producer, director, DP, and editor all must have just graduated from film school and illegally download Adobe’s Creative Suite package and were firm on the fact that they were going to use every filter and tool available to them and fit it in this video. Fuck what you think!

Who else is feeling SomeKindaWonderful? Tell us in the COMMENTS.