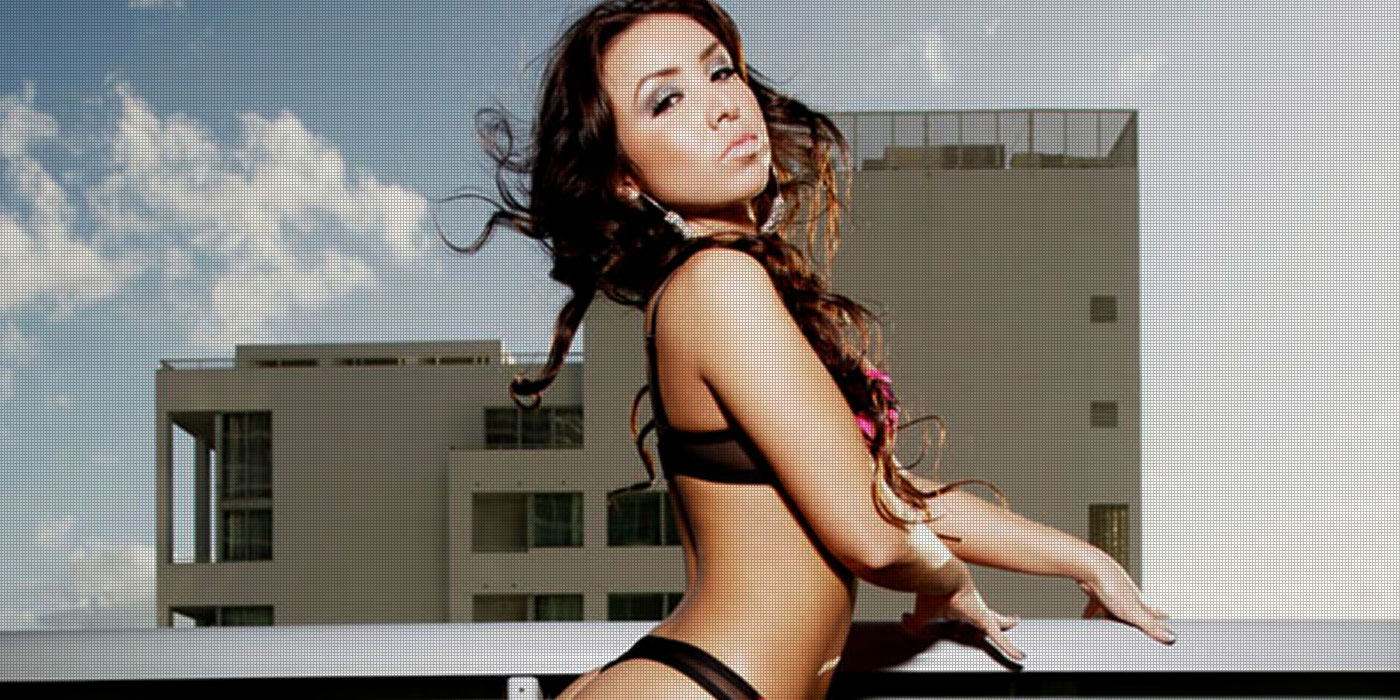 Miami is fucking ridiculous. Just wanted to get that out there. With that said, we don’t go to Art Basel for the art. Art is an extraordinarily charitable description for most of the shit that’s on display at Art Basel. When we went down there we were down there to photograph girls. Miami is a horrible city, but the girls there are art so much so that it makes Art Basel tolerable.

On the way down to Art Basel a few years ago our sister and forever friend of Angrymoon, DJ Elle hit us up and told us that there was a girl that we absolutely had to meet and shoot – Jasmin Calle. We heard of the girl and knew that she rolled with Angelina 305, so we knew it was all quality. Let’s do this.

Here at Angrymoon we value honesty, so here is the honest truth: when we shot Jasmin there was no crazy party going on. No one got hurt. It was only us and her shooting. It wasn’t a situation where there were 100 naked girls and dominatrixes running around on the shoot. It was a perfectly tame sexy shoot that took a few hours. I don’t even think we drank… like, at all!, which is fine. We suppose that’s a testament to Jasmin’s professionalism, because left up to our own devices a lot of that other shit would have been going down, but at the end of the day the proof is in the pudding and the images are amazing. This Latina beauty’s professionalism is second to none and she made us feel like grown-ups when we shot her and we thank her for that.

[Editor’s Note: Before we soapbox Angrymoon’s Jasmin Calle post, let it be known – The Super-Id loves Miami. Wouldn’t want to live there. Probably couldn’t live there for various reasons. But we love Miami. So there. Now onto the editorial…

You ever have a friend who meets someone who directly or indirectly makes them break character? Jasmin Calle is that someone. Understand, we have done plenty of shoots with Angrymoon. Plenty! There is a common thread in all of Angrymoon’s shoots – chaos. Not bad chaos, nor good chaos, but pure and simple chaos. You learn to live with it. You learn to ride it. You come to expect it. To hear that there was no chaos when they shot Jasmin Calle and the pictures still come out smoking hot is a testament to how damn good of a model Jasmin Calle is. No extra naked women who came out of nowhere? No seemingly infinite amounts of booze? No dominatrix? My brain cells, liver, and conscious all marvel at you, Jasmin Calle.]