Editor’s Note: Angrymoon.net and The Super-Id communicate damn near every day. 95% of the time it’s via text. When we got the text that he was across the pond in London and was about to shoot Hannah Elizabeth and Cara Brett, it took us some time to respond back. There weren’t enough emojis to accurately display our shock, pride, happiness, jealousy, and pure, unmitigated hate. Maybe there were, but we couldn’t be bothered at the time. We wanted, we needed details. Those details were sparse, but upon their return stateside, we saw the evidence of what will forever be known as The Battle At Kings Cross. Cara Brett and Hannah Elizabeth pitted against Angrymoon.net in a London hotel room. Two countries, two models, two websites will never be the same again.

This is Part I of a five part series brought to you vivaciousness of Cara Brett, the sultriness of Hannah Elizabeth, overseer of chaos theory, Angrymoon.net, and the big head & little head known as The Super-Id.

This January Angrymoon went to London looking for gold. We had a list of the hottest girls in the Swinging City that we desperately needed to photograph. And that list included two of the blondest, baddest bitches in the Great Wen, Cara Brett (Playboy model and TV host/star) and Hannah Elizabeth (Playboy model and cover model) – both at the top of that list. The original plan was to shoot them separately [Editor’s Note: this may be the dumbest plan Angrymoon has ever come up with], but when Cara found out that we were shooting Hannah through social media, she strongly insisted on being there. Now you have the backstory, here is story of the evening that turned into the Battle At Kings Cross.

Ever been trapped in a hotel room with Anna Nicole Smith and Pamela Anderson with nothing to protect your self but a camera and some beer [Editor’s Note: once again, this is incredibly stupid of Angrymoon and we get the feeling we are being trolled. Wanker!]? We haven’t either, but we were in a modern day version of that shoot with British super-babes Cara Brett and Hannah Elizabeth.

Hannah showed up to the hotel first. Fantasy fulfilled. Seriously, Google this girl. She’s a fantasy-come-to-life. Everything BIG. BIG Hair. BIG boobs. BIG ass. BIG personality. BIG accent. Hannah is Anna Nicole Smith reborn. A Texas vibe with a Liverpool swag. Pot lover and clothing optional enthusiast. She’s been in all the mags from Playboy to Maxim. Watching this girl walk around the hotel room naked was like going to the best art museum. Watching this girl try to stuff her ridiculously exaggerated curves into the tiny outfits that were on set verged on the absurd or surreal. I don’t know much about Barbie dolls, but Hannah looked like a living breathing Barbie doll. Scouse ultra fem in the building… check. The Battle was joined and already going well. 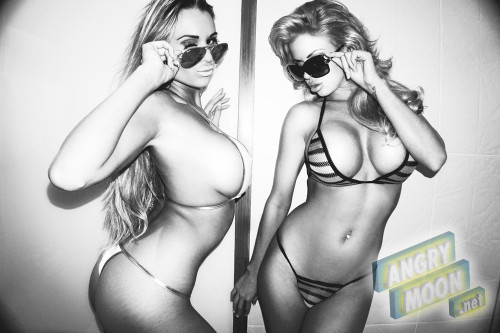 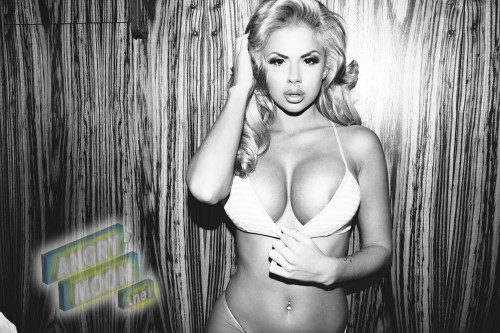 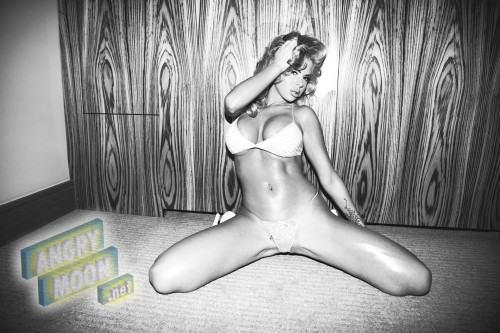 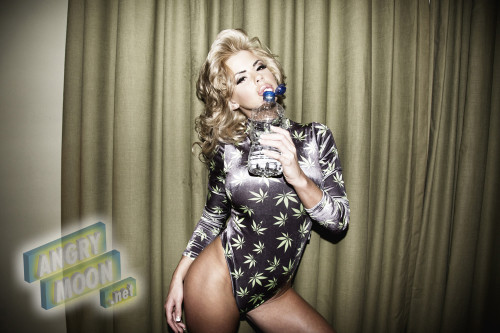