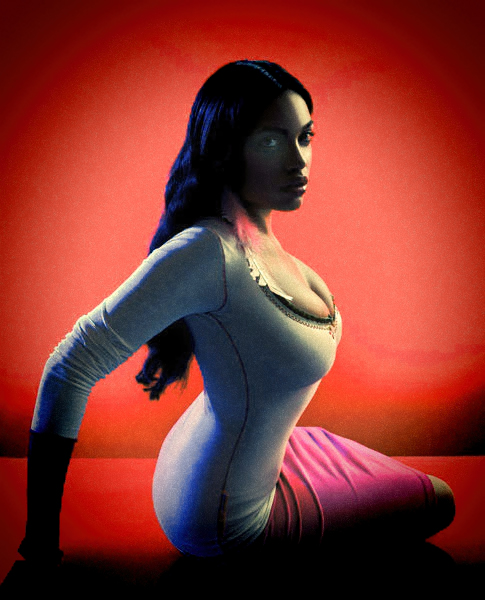 One Pic Killer is that photo you see online, in a magazine, or somewhere in real life and just say “damn” as it makes you stop, stare, think and feel. This needs to go on the wall or any your desktop or home screen on your phone. It’s that pic that other people glance at and say “Damn! Who the fuck is that?”

[intense_lead] Once upon a time, seemingly long, long ago, magazines were a big deal and prodigious. And with all those magazines, some really hot creative was put into the atmosphere. Trace Magazine and Rosario Dawson prove my point. [/intense_lead]

Trace Magazine. Back in the day, Trace was the shit. Very dope, very progressive magazine that skirted the lines of urban and renaissance. As dope as the magazine was, what was even doper was the cover/photo shoot of Rosario Dawson. When you look at the photos, with this in particular, all you can think about is sex. Prodigious amounts of it. Preferably with Rosario Dawson. Not with yourself.

[intense_hr type=”solid” size=”medium” title=”Ask us about our Rosario Dawson and her mother story below in the COMMENTS below. Or say how much you love this picture.” title_background_color=”#ffffff” title_position=”left” /]