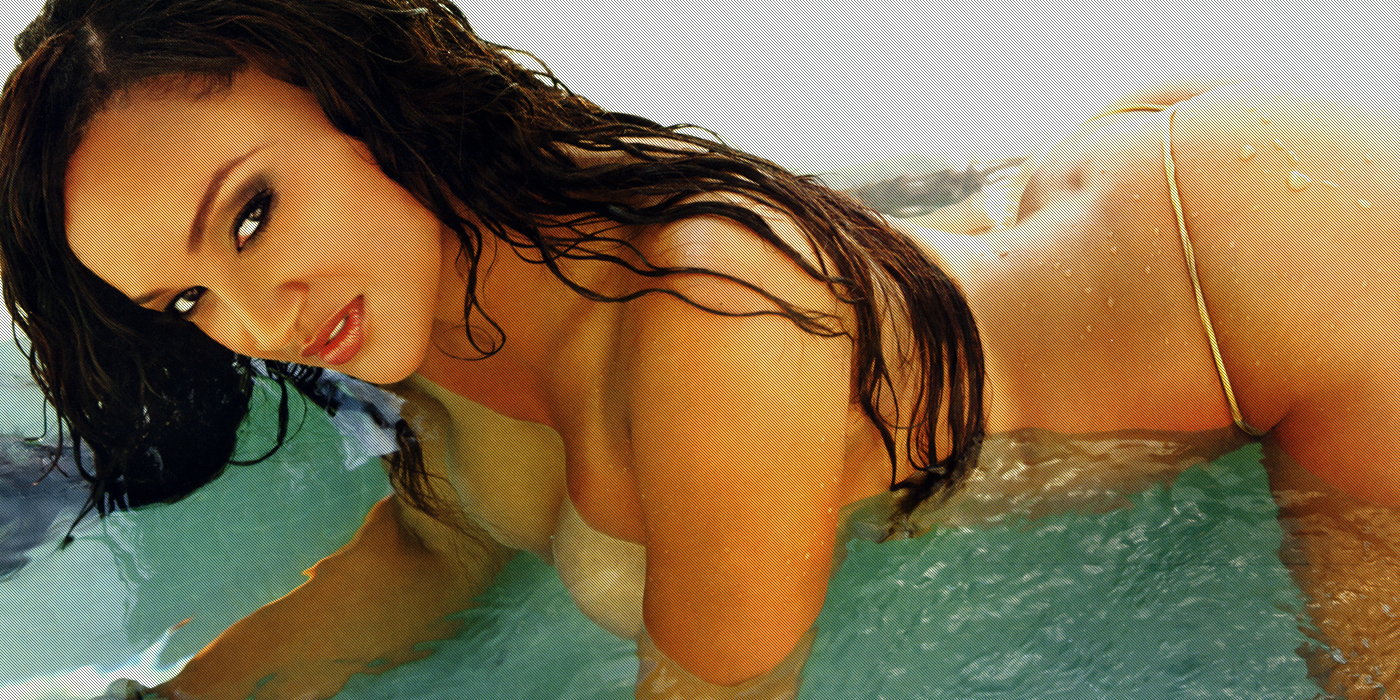 [intense_lead font_color=”primary”]Before the Internets, a guy could romance a woman by showing his appreciation and dedication to her in a variety of ways. Nowadays that’s creepy, you’re a stalker and you can catch a case. So to balance the two, Super-Id shows its lust/like/love by Soft Stalking… [/intense_lead]

Faren Williams is literally a tall glass of water. Simple. Refreshing. Thirst quenching. 5’ 10” of woman. Lord have mercy. I don’t care who you are, that is a mighty healthy heaping of woman desperately in need of some loving.

Memory fails when Faren popped up on the radar. Not certain if it was one of those big booty, girls-all-oiled-up-and-down, hip hop men’s magazines. Pretty sure it wasn’t a hip hop music video since Faren Williams hasn’t been in a ton of ‘drop it like it’s hot’ music videos. Most definitely wasn’t in a bar or a club with Faren slinging me drinks. I’ll get to this later. And since Orlando is just a notch about Ft. Lauderdale smack dead in the middle of spring break as a key destination spot for us to hit while in Florida [Editor’s Note: Captain Eo was amazing, but if you’ve been to Disney World and Epcot Center once, you are good for life], we haven’t seen her out and about the city. Damn shame, recollection fails us, since we would like to emphatically thank the source; we’ve been soft stalking Faren Williams for a while now and wanted to give thanks and props.

Besides being a very tall, very hot chick whose every photo makes you hear Rack City in your head over and over again, Faren Williams is an accomplished bartender. Not talking about the type who opens up Heineken bottles and pours double shots of Henny in a plastic cup. She actual knows what the fuck she is doing behind a bar. Imagine walking up to the bar and being greeted by Nubian Wonder Woman ready to get you white boy wasted. Those are the type of drinking experiences I don’t mind.

Here is the thing about Faren Williams that I dig beyond the obvious and gratuitous physical aspect of her. She looks like she is fun to hang out with. The problem with a lot of hot chicks is that there is an aura of drama that encapsulates them. Instagram drama. Baby Daddy drama. Stripper drama. Side tweets and basic bitches drama. Sheesh. That shit is tiring. But that doesn’t seem to be the case with Faren. Bill Cosby said have a Coke and a smile… Faren wants you to have a drink and smile, because more than likely she’ll be smiling while serving you. Cheers to that. All I know is that as soon as I sit at a bar and got Faren Williams working the speed rack in front of me, I’m making sure that all the drinks I order need to be shaken and not stirred, all the while Rack City will be playing in my head as I smile at my favorite bartender now serving.