Bravo is an American basic cable and satellite television channel that is owned by NBCUniversal. Originally focused on programs pertaining to fine arts and film, the channel currently broadcasts a mix of reality series aimed primarily at females between the ages of 25 and 54 years old, along with acquired drama series and more mainstream theatrically released feature films.[Thank you Wikipedia since Bravo’s website doesn’t have any of this crap]

One man. One network for women and gays. 24 hours. One diary.

Had a conversation earlier with my former editor and colleague about this 24hrs of Bravo concept. He laughed and I’m not too sure if it was at the concept, the notion, or me. But he laughed. And I told him I wanted to die. He asked if it was that bad. Yes, I replied, it was that freakin’ bad. I want to quit and I loathe quitters. I hate myself for taking this challenge upon myself, but I would loathe myself if I quit.

I had to take a look at the week’s worth of Bravo programming to plan accordingly and came to a realization; there isn’t enough various Bravo programs to fill in the 24 hours. That coupled with the reality that I couldn’t watch the programs airing during their regular schedule, so I had to improvise. I went to Bravo’s website and made a note of all the shows they have listed. For some oddball reason, they haven’t made all their episodes available for viewing, so I had to find alternate means. So I’m going to watch as many shows live as I can, and then fill out the rest of the programming by my alternate means. 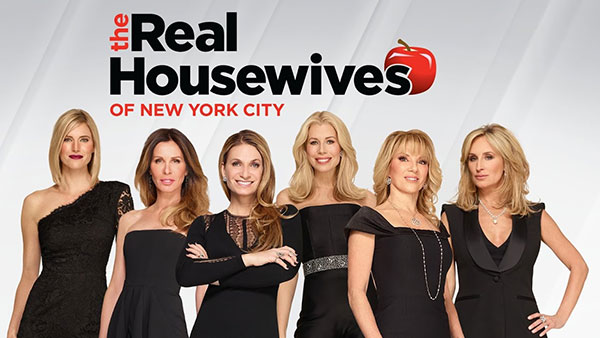 Why do all these women look like Skeletor from He-Man? They look like just-turned zombies from The Walking Dead. And all of these housewives shows centers around eating meals and drinks. This can’t be life.

I’ve noticed a personal trend; by the start of the first commercial break I always check to see how long the show is for to gauge how much I can take. Checks the length… Dammit! An hour! How many minutes do you need to discuss building cat doors? Cat doors.

Shows Watched: The Real Housewives of New York City and Flipping Out
Viewed Hours of Bravo: 2
Hours of Viewing To Go: 19 ½
Days Left To Complete: 5

Sound off. Let me know what you think in the COMMENTS.