This is one of the many, many reasons why Marilyn Monroe is a sex symbol to men and an icon to women. 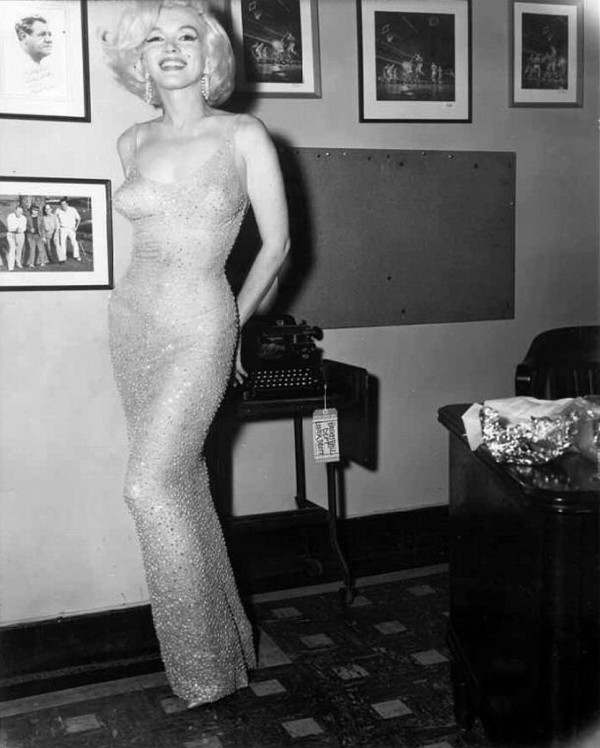 JFK was a muthafuckin’ pimp. No way else to describe an acting president getting the most glamourous Hollywood startler to serenade Happy Birthday to him. Where the hell was Jackie O? Was Secret Service forewarned? Does anyone give a shit that Marilyn Monroe could sing as well as those first contestants that get cut from American Idol?

I can see President Bill Clinton having this happen to him with someone like Pam Anderson (back when she was hot) serenading him with a bad rendition of the Stevie Wonder version of Happy Birthday. Then imagine President Obama getting Halle Berry to sing Birthday Sex to him. FLOTUS Michelle Obama would cut that bitch in a heartbeat. Remember, the Obamas are from Chicago aka Chiraq!

Ladies, take notes. This is how you seduce a man – use what you got to get what you want. Marilyn wanted John Fitzgerald Kennedy and after this, she damn sure got him.

There is an actually Wiki page about Marilyn, JFK and Happy Birthday which means this is a really big deal or someone has copious amounts of time to create Wikis. Either way, dive in.

Ever been seduced by a version of Happy Birthday? If so, tell us about it in the COMMENTS below.