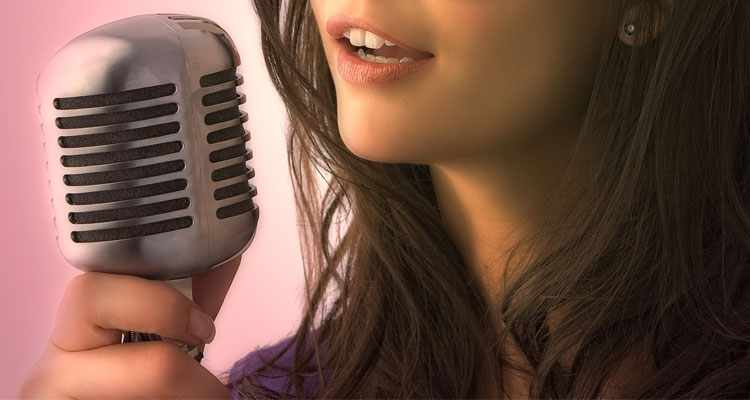 [intense_lead font_color=”#00cbf7″]God reminds us that you can have it one way or the other way; rarely will you have it both. And that is never more evident with women and their voices.[/intense_lead]

There is a reason women get into radio. Actually there are two reasons  why women get into radio with the first being that they have fantastical radio voices which naturally is a key component in giving good radio. The second reason women get into radio is that they have a face for radio – if they were attractive they would be on TV. Period. What sounds better/sounds more fun/and pays more, radio or TV? Exactly. God has blessed some women with a voice that motivates men and a face that moves men away from them. Conversely, the fliest females have voices that make you feel like Scotty when Khan stuck those nasty space worm-thingys in his ear (original Star Trek franchise, people!). You can’t have it both ways. You just can’t. So what do you do when you have a female on the phone whose voices sounds knuckles cracking feeling you on the other end?

So, last week I got rear-ended by this kid just as I merged onto the parkway. Sucks. Did the whole cops/insurance thing. Turns out the kid and I have the same insurance company (those commercials are effective as hell). Now it was the kid’s fault, but you know how insurance companies are – tons of rigmarole. I end up with two different agents working my claim and the kid has one, this girl named Tiera. And Tiera gave me a call to discuss the accident. And Tiera ended up discussing more than just the accident with me.

Tiera was a nice enough agent. She let me bitch and moan and blame her client for damaging my car. Any women who has no issue with listening to me beef is good peoples in my book of the top. Here’s the thing, I’m charming as fuck on the phone. You see, I got a radio voice. I know this (I have a basic cable face – I’m the 1%). And I use it with women ALL the time. Why? Chicks dig dudes with radio voices. Fact. More than anything, I want to make sure I don’t have to pay a dime to get my car repaired and Tiara was the key to that. So I turned it on and Tiara got low-key turned on. She wanted to know more about the champ and less about my damaged car.

Now here is the rub – Tiara’s voice can be described as loose gravel in the back of a Ford F-150 going downhill… sideways. That shit is not sexy. At all. So that means she is fine! From my experience this is always the case. I can’t tell you the number of times I’ve been fooled into thinking the girl with the Quiet Storm vocal tone was a dime piece to match. It never happens. I don’t know any woman who tantalizes men’s sense of sight and hearing collectively. Maybe one (I really need to call her now that I think about it). But what if she is the second?

Attractive women are known for one thing – being attractive. And the parent’s rule for children typically apply to them as well – you should be seen and not heard. There’s a reason for that, their voices sucks. Whiny. Nasally. Scratchy. Smokey (rheumatism smoky, not sexy smokey). High pitched. It goes on… There are more ways a voice can suck than there are ways that make it sexy. Take a second and run down the flyest chicks you know and ask yourself if you could or would willfully listen to them talk for five minutes straight without handling a sharp weapon. I’ll wait…

The law of averages is a tricky proposition for men when it comes to females. Depending upon the context, it can be a no-brainer, but occasionally as in this case, you can over-think it and get yourself into all sorts of trouble. Historically and mathematically, you will never win the lottery, yet we play it when it goes over $100 million (you notice people don’t play the lottery if it’s like $50 million as if that’s not worth your one or five dollars…). The history says that great voice/not attractive, terrible voice/attractive, and finally an average voice/attractive or unattractive. The lottery says that if you play, you will most likely lose. Law of averages. What if Tiara is the ever elusive dual threat? I mean, she’s feeling me and as a guy I have an obligation to run through every opportunity to be gained when a woman is willfully opening her door to you; this is what we do.

I was never good at math and I rarely if ever play the lottery (unless it’s $400 million+, you know an amount worth my $5), so I’ve decided to not even play the game and NOT try to make it happen with Tiara. It’s just not worth it. Nothing worse than getting visual evidence you just aren’t interested in someone and somehow having to exit the situation without hurting their feelings. The reality is that meeting women anywhere first without seeing them IRL is a crap shoot. Dating profiles, social media, your friend’s actual, physical photo album and not the digital one on an iPhone, Flickr account or iPhoto, all of that is one big role of the dice. Seeing and hearing is believing.