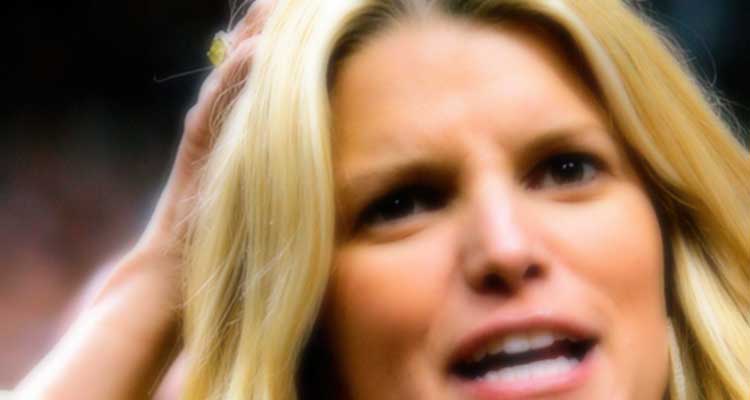 I Did Not Realize That Women Can Be This Dumb

[intense_lead font_color=”#00cbf7″]I know women. I don’t understand women. After the phone call I had with one woman I realized that women are out of their minds.[/intense_lead]

[intense_dropcap color=”#000000″ font_color=”#ffffff”]M[/intense_dropcap]orons. Sheesh. That’s harsh. It sounds harsh. Typing it was difficult, but it’s the only appropriate word I can think of. Maybe naïve, but naïve is too nice and gives women leeway when they shoulder a degree of culpability in these matters. Clueless, perhaps.

My phone rang one night and on the other line was a female friend. She had a revelation, an epiphany from a conversation we had earlier. She realized that she couldn’t be friends with men who liked vagina. Moreover, she realized that she couldn’t be so nice  to people anymore in general. I was silent on the other end for some seconds and calmly asked her it took her how many years on this Earth to realize this shit? My female friend is a pretty chick. Check that, she is a model, so she’s more than just pretty; she sells sex appeal for a living. That means something in this world. That means a whole hell of a lot to men in particular, yet she was clueless to the dynamic this creates?

She needed to learn a steadfast rule of men and women, in addition, she needed a quick primer on how men operate when it comes to pretty chicks.

LIFE LESSON: PRETTY WOMEN AND 90% OF MEN CANNOT BE FRIENDS.

Men lust, like, and love women. This gets turned up to 11 when it’s a pretty women. By nature and nurture, most men are trained/conditioned/naturally inclined to go after what they want, including women. When a man sees a pretty woman more often than not he wants her. Now this doesn’t always work out in the man’s favor – not by choice – so he has to deal with it, but when it comes to women, men can play the long game. A woman can reject a man for any number of reasons, but as long as that man is still in that woman’s sphere, in his mind, within his reach, he still has a realistically opportunity to make it happen. So what do men do? We stay in a woman’s life… waiting for the opportunity because you know what? That opportunity will come one day – judgement day – sooner or later.

FLASHBACK: There was a girl I met in senior year of high school. Pretty young thing. Sweet. Super sweet. She went to a neighboring school. After graduation we became cool. I would tell her that one day me and her would make it happen (do sex). I told her this repeatedly despite the fact she had a boyfriend and that boyfriend became her fiancé and that fiancé became her baby daddy. I didn’t care. I knew what I wanted – her and I had to make sure she knew. Despite my regular reminders, we managed to develop a close friendship, but note, by constantly reminder her that I wanted to smash, I prevented myself from falling into her friend zone because what type of friend would constantly state how much he anticipated sleeping with you? The answer a good male friend but not a BFF-type of friend. Fast forward a decade later, what happens? Somehow, someway, my pretty young thing is butt-nekid in my bed and is asking for the D (I’ll share this story one day). The morale of this story: men stay in creep mode and pretty women and men can’t be friends.

I shared this story to illustrate the workings of a modern man. No man will willfully be friends with a pretty woman. It makes no sense. It’s bizarre and unnatural. Men who are friends with women are either friends because they got caught in the friend zone and got trapped, have become genuinely brotherly/sisterly with the girl (this is never by choice – this is part Superman caping/part circumstance), or they are in creep mode waiting for their opportunity.

This is really news to women? Did y’all not know this shit? Did you really think all your guy friends and homeboys and brothers were down with you cause you’re cool? …cause you like sports and play Playstation? Being one of the guys eliminates all of your attractiveness and renders guys around you a eunuch?

The 10% of men who can be friends with pretty women include: men who aren’t attracted to her type (she’s tall and he likes short, etc.), guys in committed relationship who never, ever, ever stray, and gay dudes (it is common Internets law that you must say – not that there is anything wrong with it – as a disclaimer). So if you are an attractive female looking for males friends or simply in need of reassessing your relationships, if your male friends don’t fit into the aforementioned molds, your male “friends” are plotting and scheming and waiting. To get dat ass.

All of this doesn’t generally apply to unattractive women for the most part. Sorry. Harsh, but true. Take refuge though, for if you were to throw the monkey at a male friend, he probably would take it cause that’s what men do. We are vagina hunters. Allan Quatermain all day.

Men who are friends to attractive females with ambition to smash generally operate like this:

Now here’s the thing, men can be friends with all types of women, but women and society won’t let them. You call it ‘friends with benefits,’ while men call it ‘friends who fuck.’ Emotions and expectations often ruin these relationships simultaneously caving under the societal pressures of the world to label and categorize every aspect of life makes maintaining a multitiered relationship with a member of the opposite sex a Herculean task as if relationships themselves weren’t hard enough work. So for the male gender, we tend to simplify things. Black & white. Xs & Os. Sex or No sex.

I feel bad that I’m splashing cold water on the faces of women and their male relationships, but it’s time to start living the truth. The number of men lurking in the cut is as bad as the number of women in the dark. Hopefully this light I’ve shined will get both genders (only the pretty chicks) out in the open… having sex… and stop being so damn stupid about things.