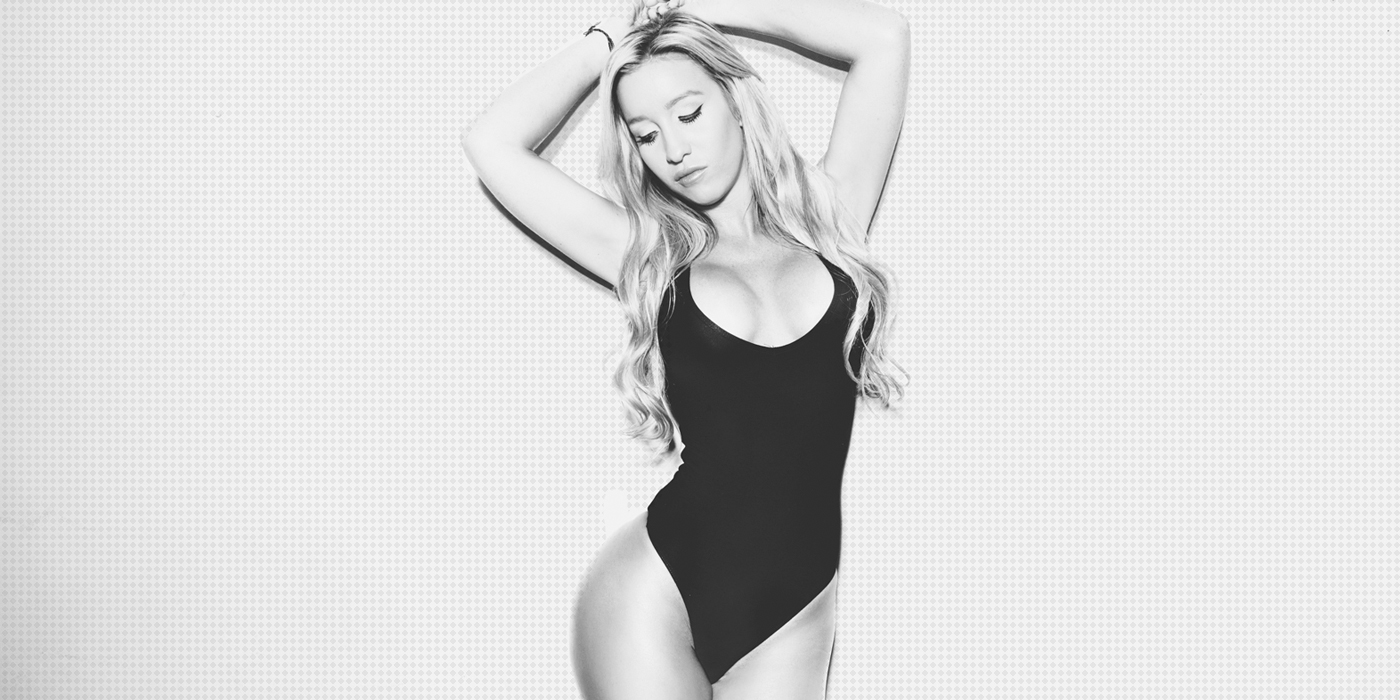 It was a drive-by shooting. I don’t even remember how it happened with Ninja Kayla. Real talk, it seemed to be like an hour between the time we reached out to Ninja Kayla (maybe she reached out to us) on Instagram and the time she showed up at the studio. The shit happened so fast that we had to run out to the nearest American Apparel [Editor’s Note: This is the go-to move for models, wanna-be models, Instagram models, video girls, THOTs, strippers, bartenders, star tenders  bottle girls, and your basic overall hot chick – and we ain’t mad at that] before it closed just to grab a few outfits for this on-the-fly shoot. [Editor’s Note: RIP American Apparel. Are they dead yet? Soon come, no?]

Not sure what to write here to be honest [Editor’s Note: don’t worry, The Super-Id does!]; the whole thing happened so fast and so suddenly. One minute Ninja Kayla was a super hot girl on Instagram and then the next minute she was bouncing through the door of the AM studio. Meeting models on The ‘Gram is like a box of chocolates… I forget the way the rest of that saying goes, but yeah. Kayla was one of the best chocolates in the box is what I’m trying to say here – a pleasant surprise to be sure.

Here at Angrymoon it’s no secret that we detest “model” models [Editor’s Note: the term is fashion models and The Super-Id doesn’t detest them, but they definitely aren’t our favorite go-to type model chicks]. Those girls that are 6’1″ and 80lbs. That shit is gross. Kayla most definitely ain’t that sort of model. Thank God. She’s probably 5’3″ and 175% of her body is muscle. She must have done gymnastics or something earlier in life. The body was superb. Ass was on point. On a scale from one to ten Kayla was about a 75.

Long story short – the shoot was unexpected and unexpectedly awesome and we are about to do it all over again soon with her girl @dev.krystal. Can Not Fucking Wait!

[Editor’s Note: Angrymoon.net hit us up and told us they were shooting Ninja Kayla. Our response was, “Who? Ninja Who? Ninja What?” Here is the deal, here is a short list of the things The Super-Id loves unconditionally: pizza, mac n’ cheese, free shit, Polo Ralph Lauren, girls with big boobs, girls with big butts, girls with big boobs and big butts, and ninjas. Who the hell didn’t want to be a ninja at some point in their live? Exactly. So when Angrymoon told us they were shooting a girl named Ninja-something, it caught out attention. Sadly, we had to pass on Ninja Kayla. We have responsibilities, and to be frank, we’re working on the site. We have a lot more in store for you. So we had to pass on the opportunity to see if Ninja Kayla carried around shurikens or is proficient in nunchukas. Also wanted to see if she would disappear after hurling a smoke pellet. Shit. Maybe next time. And hopefully American Apparel with have some hot ninja clothes for her to wear when that happens.]