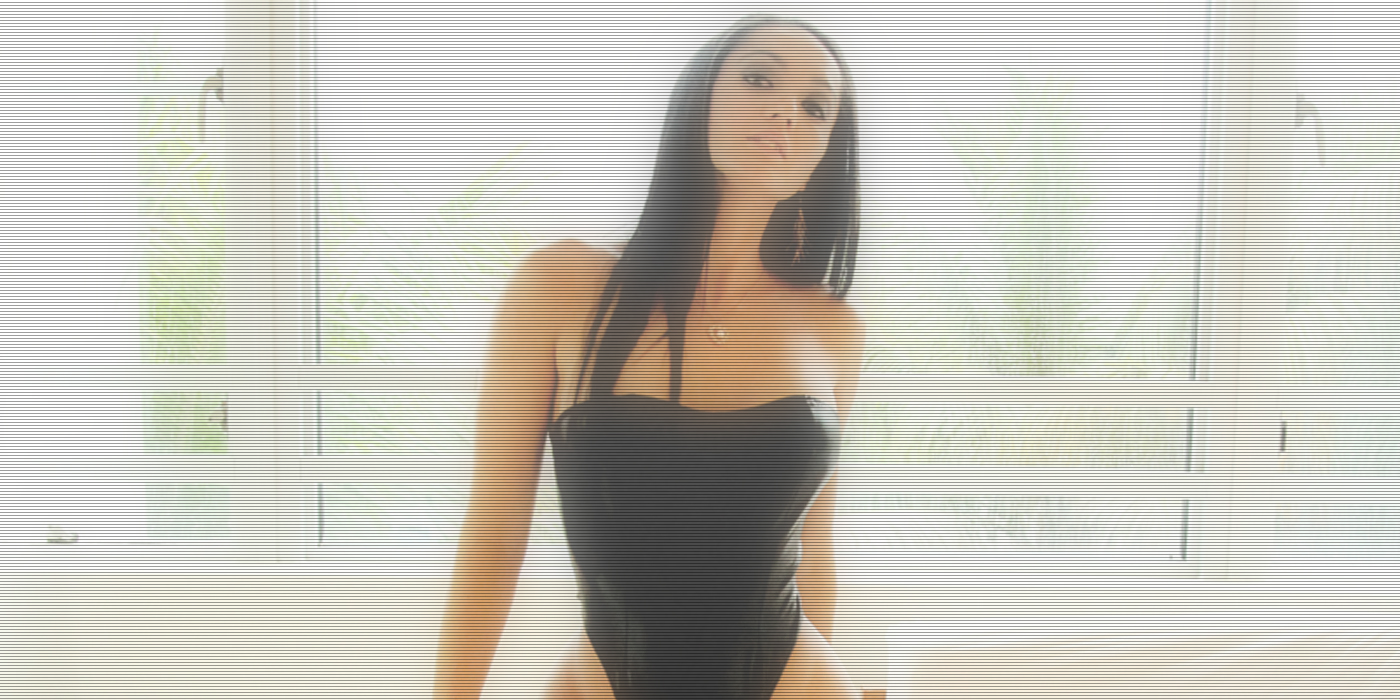 I don’t know where Tahiti is. Never much cared ’til I met a girl named Tahiti Cora. This Polynesian super beauty made me fire up the Google Maps immediately and consider putting money down for a direct flight. The first time I became aware of Tahiti Cora was a few years ago when I saw a picture of her walking down a hallway of what we assume to be a hotel wearing the teeniest, tiniest Puma “shorts.” The shot was taken from the back and to call what she was wearing “shorts” is generous. It may be more accurate to describe them as bikini bottoms with the word ‘PUMA‘ written on them. The shorts were so tight that the “M” was almost gobbled up by Cora’s booty and the shorts appeared to actually appeared to read “PUA.” The geniuses at Puma are obviously idiots for not hiring her immediately after that photo to promote their brand. Do they even make footwear anymore? Anyway, the point is that I’ve never seen a pair of shorts take that sort of punishment. And we never wanted to be a punished pair of Puma shorts so badly.

Tahiti Cora is awesome and has what I would call the perfect example of a sporty body. If you like slim firm muscle with curve, Cora is the gold medal winner. That body is not easily obtained. Cora swims, surfs and works out like a mad woman. The hard work has clearly paid off. If a body is a temple, her’s is a cathedral. We’ve photographed Cora twice and both times have been absolutely amazing. She is VERY professional, VERY cool and we can’t wait to work with her again!
[intense_spacer height=”25″]

[Editor’s Note: The Super-Id has never been to Tahiti. We’ve been to Haiti, but not Tahiti. Shit, just like Angrymoon, we had [still don’t] no idea where the hell Tahiti is on the map, but if that island is filled with women who look like Tahiti Cora, we clearly made a mistake in our previous travel destinations and went to the wrong island [please note, the names Tahiti and Haiti are so ridiculously similar, how does this happen?].

Super-Id has shot tons of scantily-clad women and occasionally some of them in the nude, and has always maintained the most professional of demeanor, but we are not going to lie, if Tahiti Cora was in front of our lens, we’d be reduced to slobbering idiots (props to Angrymoon for not being reduced to slobbering idiots). Never understood why anyone would want to bounce quarters off of someone’s ass, but for some odd reason, looking at Tahiti Cora’s ass compels us to go to the bank and get several rolls of quarters. We know… it makes no sense. But neither does that body. Or the fact that we’ve visited Haiti twice, never to Tahiti, and haven’t had the Tahiti Cora experience in person. Yet…]
[intense_spacer height=”50″]