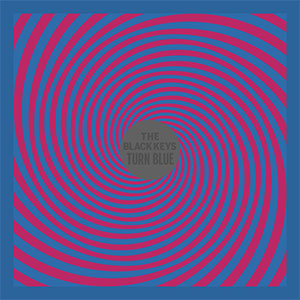 Back when Facebook was a relevant social media platform and people, myself included, checked it as regularly and mindlessly as we blinked our eyelids, a friend of mine posted a music video. Even back then I would glaze over people’s post as I like most individuals was more concerned with what crap I was posting rather than the crap other people posted, but the screenshot of this video caught my eye – a tyrannosaurus rex puppet. That’s all it took. A tyrannosaurus rex puppet will get me to click on anything posted online. This is how I was introduced to The Black Keys. Next Girl was that music video my friend posted and it became my indoctrination. From that moment, I submerged myself into The Black Keys discography and have keep keeping on. I fucks with The Black Keys heavy!

This new Black Keys’ record, Turn Blue and the lead single and video, “Fever” is a problem. As much as I dig The Black Keys, and I dig Turn Blue, and I really dig “Fever” and the music video, but I know that every ad agency and videographer is going to use this as the soundtrack for every commercial and Vimeo video out there. And what’s shitty is that I want to use “Fever” too for an upcoming Super-Id video. The song is that hot. I visualize hot chicks all in the video already. Let me hurry the hell up and be the first to take something kick-ass and make it super-generic like everyone else. Despite that, The Black Keys “Fever” is still the shit.

You fucks with The Black Keys? Let us know in the COMMENTS.