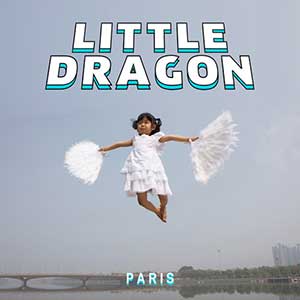 Little Dragon are dope. In this crazy, fucked up world, you can always count one of their songs to simply make you feel better. Giving hope to these got-damn millennials automatically puts you into sainthood category.

Paris is dope. I travelled to the capital of France solo after a stay in London and immediately fell in love with the city. Paris is beautiful. The people are shitty, but you can’t deny how incredible of a city Paris is. So any song about Paris is going to automatically conjure romantic feelings and a generally good vibe, and Little Dragon doubles down on that with their newest single off of their album Nabuma Rubberband.

Yukimi Nagano is dope. Absolutely, her Japanese/Swedish-American mixed heritage gives her an exotic (code word for different than white) look, but she has a sweet, candy-coated voice that brings back memories of the female artists that used to play on MTV back when MTV played music videos (yes, this is a tired joke, but still relevant, so deal with it…).

Great singer, great band, great song, and a great album. Thank you Little Dragon for getting me through. My faith in humanity has been restored for at least this one day.

What are you feeling, Paris, Little Dragon, or just Yukimi Nagano? Tell us in the COMMENTS.