Off top –  My bad… (force of habit) Boosie Free! With that being said…

Random thoughts and observations while watching K Camp’s “Cut Her Off (Remix)”.

K Camp. Pretty goofy name. But at least it isn’t ‘Lil’ or ‘Big’ or ‘Black’ something.

Cadillac must have paid for product placement. Why else is there an Escalade with rims in the video?

Glad to see Too Short isn’t still running from the police.

Lowkey, I love this song. Instagram and fake asses have women thinking they are Grace Jones in Boomerang riding around on a chariot. Let these hoes know! {Damn! Misogyny sure is contagious… and kinda fun.}

The budget for this video may have been the cost of Ubering all the crew and talent to set.

These must be the B video vixen team. I recognize on of the Flavor of Love girls. Don’t judge me.

When the girls lined up to motorboat Too Short {what deal with the devil did Short make to make this happen?} did they even know who Too Short is… unless he kept saying Biatch!

Despite what seems like shots on my part, I freakin‘ like this song as mentioned earlier. The fact remains that usually the most female-hating hip hop song is often times the most catchy. And it doesn’t help the feminist cause when girls are taking selfies when singing the hook to these same songs. If it’s cool with them, well hell, it’s cool with me. Cut that bitch off! 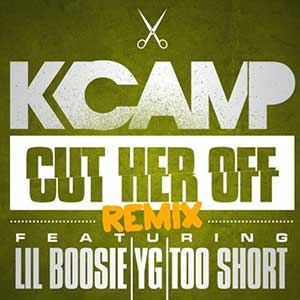 You got a chick that needs cutting off? Tell us in the COMMENTS.