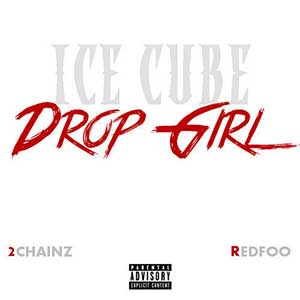 One day your kids’ kids will be looking at whatever their generation of Wikipedia will be or surfing on YouTube 4.0, and they are going to come across the man known as Ice Cube – depending on which Ice Cube they see, Jheri Curl Ice Cube, Caesar Ice Cube, Afro Ice Cube, or the current version – and then see a different iteration of the man or see the breath of his career and wonder what the fuck. That is the man formerly known as O’Shea Jackson.

I remember I Hate Whitey Ice Cube. He was angry. Permanent scowl on his face. He made some hot-ass records {the lack of Cube music videos on YouTube is criminal}. He become DoughBoy. He was our boy. He was Craig n’ them. He went to the well way too often with those god-awful Friday sequels that I refuse to link to, but managed to warm hearts with The Barbershop franchise. Then Ice Cube lost his muthafuckin’ mind.

Where to begin? Looks like Cube is trying to get in on Trap Music 2.0 [trap music 1.0 is down south hustling music} crazy. He sees Lil Jon killing it with Turn Down For What and figures if he enlists one of the hotter rappers on the scene, 2Chainz, and gets a party rocker in RedFoo {1. dude is still alive, 2.) who the hell knew his name, and 3.) Redfoo… really?} and create a party record. Clearly making a lot of money has softened Ice Cube’s edges over the years. Where as his records used to be about CACs {cracker ass crackas}, the KKK, racism, and black (em)power(ment), now he’s rapping about having chicks drop it like it’s hot. Eazy E is rolling over in his grave, as Ice Cube is rolling in the dough.

Sidenote: the song is kinda hot. Damn you, Ice Cube.

Who dropped Ice Cube from their playlists? Tell us in the COMMENTS.