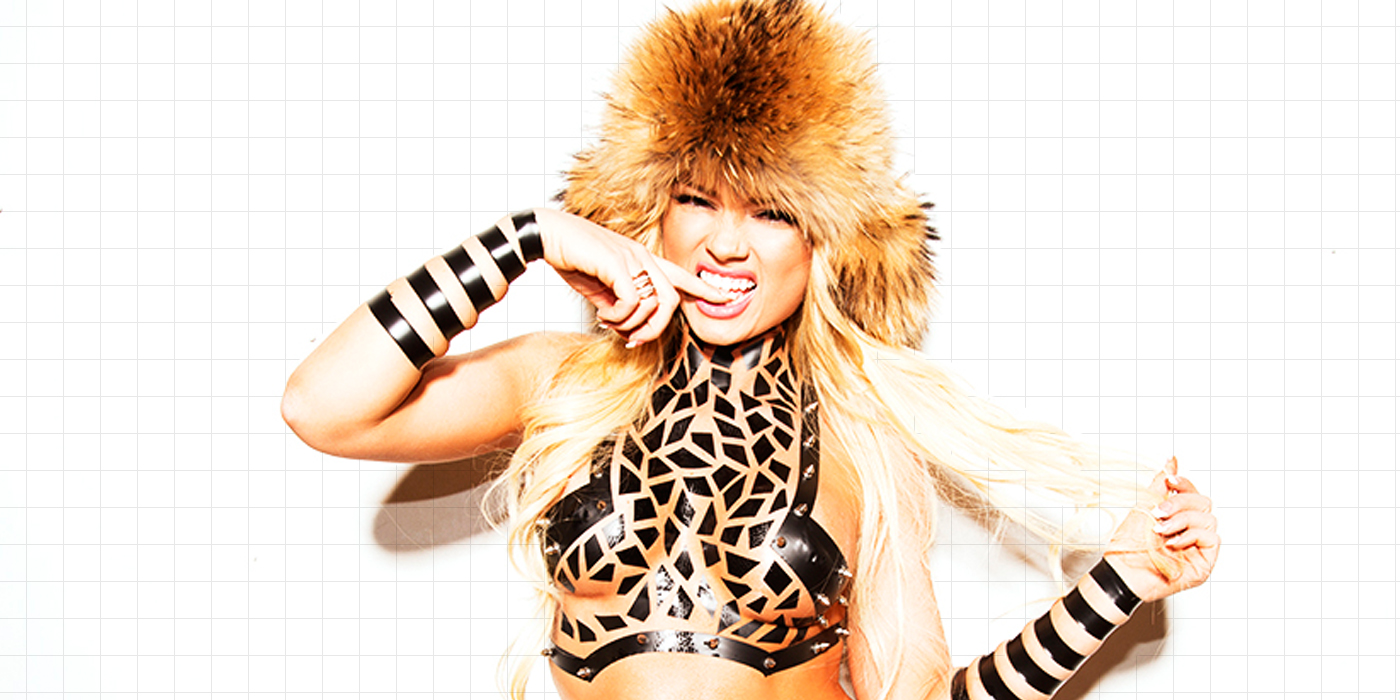 “Strong like ox… cold as ice… sexy as fuck.” Angrymoon.net has never been to Eastern Europe, but that’s what we’ve figured all those girls behind the iron curtain were like. Wioletta Pawluk is sort of different, but not really. Allow us to explain. Actually… she is all that that was previously mentioned. Don’t fuck with this girl. She will fuck you up and she’s all business. This Polish babe is a force of nature disguised as an Iron Curtain Barbie doll.

Don’t get us wrong, we had an amazing time shooting Wioletta with The Super-Id crew (as always) and The Black Tape Project. We shot both Wioletta Pawluk and Graciii3 that day [Editor’s Note: Soon come…]. It was almost too much. Too many famous hot naked greased and taped up girls at the Angrymoon studio at once. It was hard to figure out where to point the cameras, but we digress… that saga is coming soon [Editor’s Note: stay tuned because sooncome…].

Let’s get to the crux of the matter: here at Angrymoon we love a girl that works out. Wioletta Pawluk is that girl’s trainer. There is no detectable fat on that girl’s body and she’s got an ass like steel. We’d love to wrestle Wioletta. Let’s be clear, we would lose, but we’d love every second of that shit. Ever meet a girl that’s sort of the definition of a hot strong girl? That’s Wioletta. She’s a Barbie that don’t fuck around.

How can we explain the shoot with Wioletta? Ok… (and we know this is a horrible metaphor) but have you ever been invited to an open bar but then left and not felt as drunk as you wanted to be and because of that you felt shorthanded in some way? That’s what our shoot with Wioletta was like.. there was so much going on that night with Graciii3 and The Black Tape Project that the gold that was sitting in front of us (Wioletta Pawluk) was something that we felt like we didn’t fully take advantage of. We must shoot her again. She is gorgeous, capable, and strong, not to mention a party animal. She’s on the top of our list.

Wioletta, you slice of Aryan fem perfection, if you are reading this: We need to shoot like NOW-ish.

[Editor’s Note: Great Caesar’s Ghost! This night was insane. Three brands (we see you Graffinis! Next time we need product to shoot to make it a four pack!). Two models. One studio. Angrymoon and Super-Id stay working together, but this was the first time either of our camps linked up with The Black Tape Project. This was a big deal. If you spent any sort of time looking at hot women online or on mobile, you’ve seen The Black Tape Project. And we’re not talking about the knock-offs, imitators, and wannabes who’ve jacked The Black Tape Project’s steez. The day was hectic. The schedule was in shambles. But somehow we linked up and got to work.

It was a night of first impressions. Although we’re hoping to link up with The Black Tape Project in the near future and do something for the site more substantive, it was a sight to see the taping process in person. Without ruining a future story, we’ll just say that Black Tape is a maestro. What they do and how they do it is remarkable.

Continuing on with the remarkableness, allow me to take a moment to discuss Wioletta Pawluk. Wioletta showed up after we had already started. She walked in with this big ass fox (not sure, some brown furry animal) hat covering a waterfall of blonde hair that columned a face accented with a light pink lipstick. Whoa! Then she took off her coat and we got a look at her body… Lawd (please not the distinction between Lord and Lawd) Have Mercy! Intimidated and impressed. Attracted and slightly frightened. It was… she was a lot to take it. You see those #fitthick hashtags thrown around? Wioletta is the real life emoji personification of #fitthick. Remember the James Bond villain… you know the one! She was killing guys with her thighs! Her thighs! That’s Wioletta. And that’s how it would be if you tried to get with her. You’d love every second of it even if she kills you or you die trying.

Mirroring Angrymoon, we walked out of that session without getting a full drink of the juice Wioletta is serving. Who knows? Maybe we all can get together, have some martinis and see what madness can come out of all of it.]