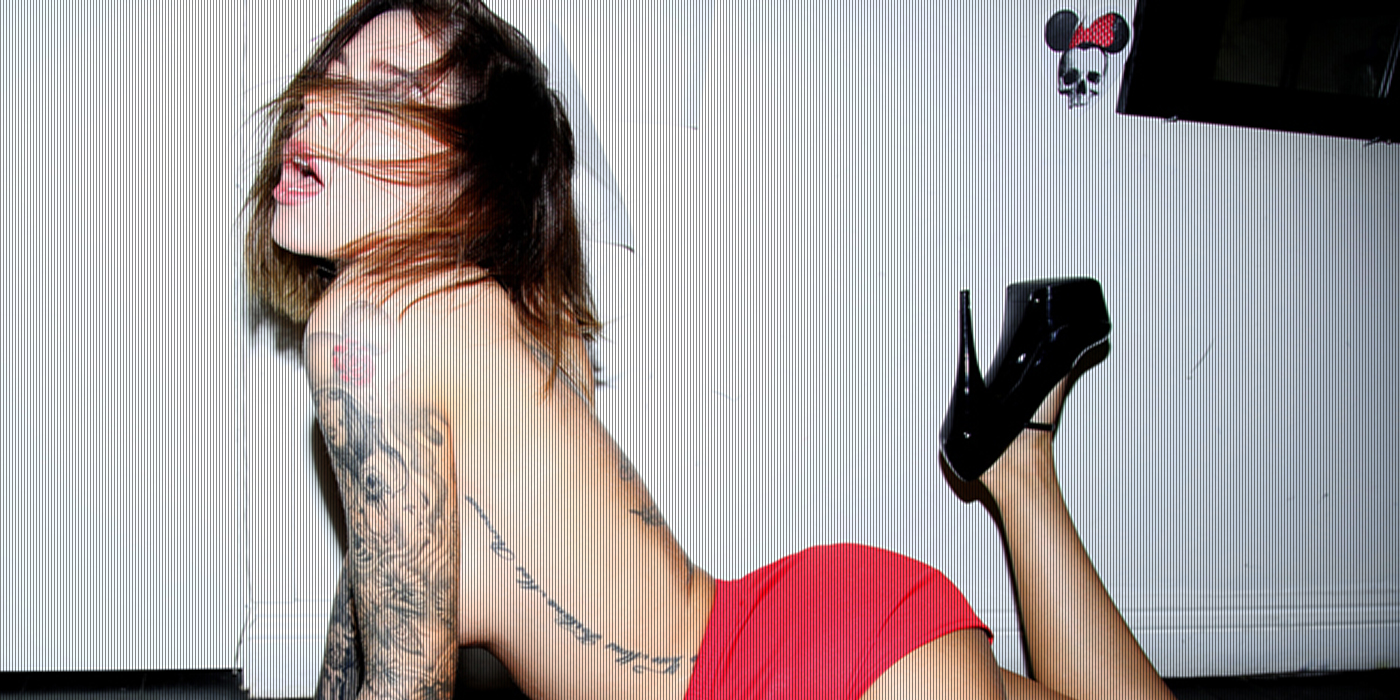 We were scared as fuck to shoot Ellis Cooper. We don’t become afraid at the sight of hot girls. Like ever. It’s one of our talents, but this was different for some reason. Yeah, she’s hot and beautiful etc. Blah blah blah… Maybe it’s because she’s a photographer and a really sick artist in her own right. Here’s a secret –  photographers are the hardest and worst people to photograph. It becomes some sort of sick cyclical mind game that rarely turns out well for the photographer and the subject. Also, she’s one of the most famous tattoo models in the world. She’s been photographed by the best photographers in the world. Yeah… it was a bit intimidating once all that was added up.

Here’s how the Ellis Cooper shoot went down. We were in London last summer – KILLING IT, mind you. Up to this point on our London trip we shot Emilia Nardini, and Cara Brett and Ellis Cooper would make the trifecta. Ellis is always super busy and not the easiest to get ahold of and we were stoked that she was down to shoot. She suggested that we shoot in her boy’s tattoo shop in East London. Tattoo shop. Ellis Cooper. Tattoo celeb babe in a tattoo shop – it all made sense. As far as shooting Ellis is concerned our mindset was “anytime, anywhere.”

We roll up to the tattoo shop and Ellis Cooper is on time. Very rare for a model. [EDITOR’S NOTE: Emphasis ours. Shooting models is fun and all, but the biggest headache is that they are rarely on time, which is maddeningly annoying and unprofessional and clichéd]. But she’s also a photog, so maybe she knows how annoying it is when models are tardy… respect.

From the second she walked in the place all our concerns were laid to rest. There were no strange photographer mind games or the proverbial dick measuring that sometimes takes place between artists.  Man, I tell you, there is something about these British girls – from Ellis to Cara to Mercedes to Cervena. All super cool. Super sexy. Super open. No disrespect to the girls stateside. We love them. Always will. But these English babes. Just something about ’em..

We had Ellis Cooper in the sink, We had her sucking on a kabob. We had her on the couch. I think we used every inch of that tattoo parlor. Ellis doesn’t drink or drug [EDITOR’S NOTE: Up with hope, down with dope. Just Say No To Drugs!] like we tend to and the shoot was only about an hour or so. It was one of the shortest and most sober shoots we’ve ever done, but so much quality was stuffed into that time and space, it was amazing. With that shoot completed, it was safe to say that London was productive as fuck for us. Ellis even said that it was one of the best shoots she ever had. High praise.