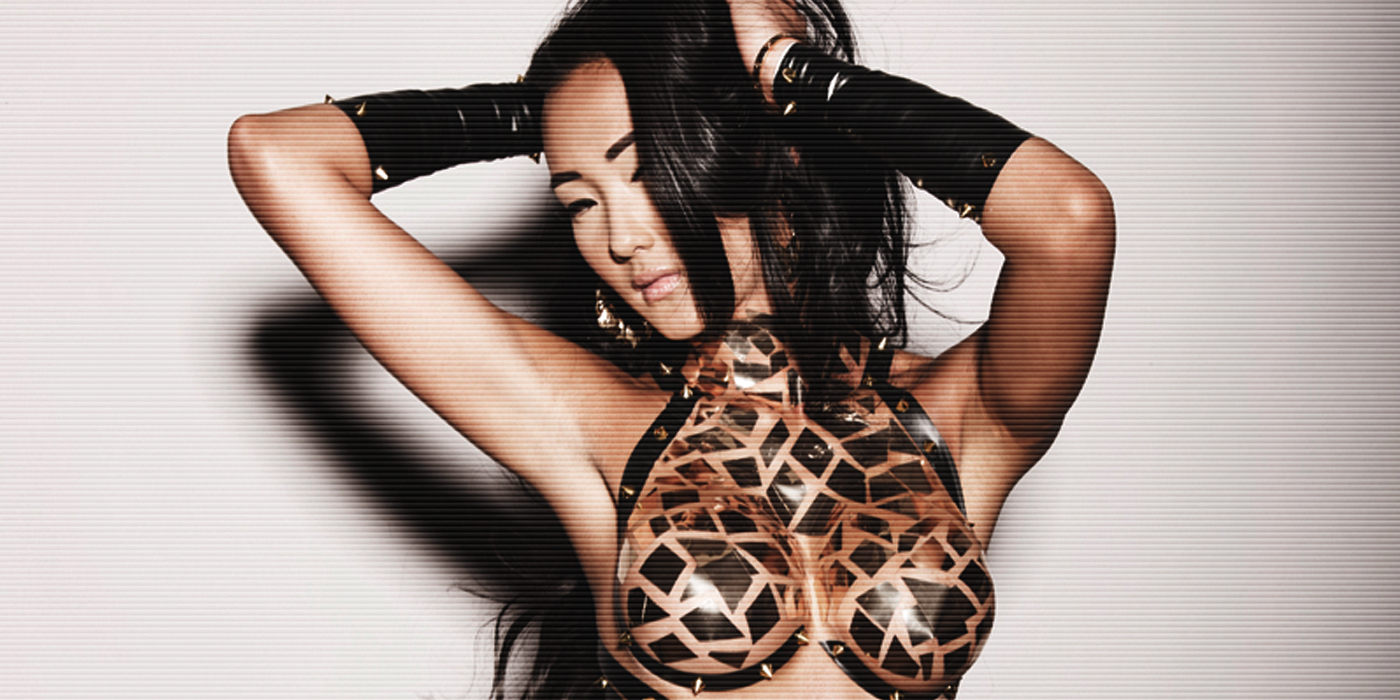 Let us measure our words carefully here; we really don’t want to get fucked up. Graciii3 is a bad chick, clearly. But she isn’t just bad meaning banging bad/hot chick bad, but bad in the way that you maintain a general concern over your well-being because she seems/is dangerous. [Um… Hello! Hi. Sorry to interrupt… The Angrymoon crew here! You may have noticed that the positions have been reversed here a bit from our traditional Angrymoon/Super-Id posts. We thought that since the Super-Id guys have (since the events described in this article) gotten to know Graciii3 much better than we have that it may be best to let them take the wheel writing about her. We’ll be adding some context and commentary. Ok, just wanted to clear up any confusion that may have been afoot. Ok, please continue, sirs. – Angrymoon]

Prior to this shoot, we’ve never met Graciii3 (for the record, we still don’t know what to call her. Grace. Gracie. Graciii3 – however that is pronounced). [Hi! Angrymoon here again! We must very quickly comment on the point that was just made. Not sure how the Super-Id guys saw it, but within the AM crew there was serious doubt that Graciii3 would even show. She’s the kind of girl that has a billion things going on and not enough time. Also, she was coming from Jersey, so that’s a thing. The Black Tape Project are chess players and chose to stack the deck in our favor (mixed metaphor, deal with it). They also invited the Iron Curtain/Iron maiden Wioletta Pawluk to the studio, just in case. The thought process being that if one, or God willing, both showed up we’d have a great shoot either way! Ok, sorry again for the interruption. – AM] We’ve seen her on IG and heard she was on Nick Cannon’s MTV show, Wild’n’Out, but since we struggle to understand Nick Cannon’s success, have never had any desire whatsoever to watch the program and try to figure it out for ourselves. When Angrymoon hit us up and said that The Black Tape Project was in town and they were collaborating with Graciii3 as the model, we had to get involved.

Get to the studio. We’re ready to go. No idea if or when Graciii3 will get there. Uhhh… okay? Where the hell was Graciii3? Wait… Black Tape detoured to go get her? Let’s just sit here and shut the fuck up.

Fast-forward, here is Graciii3 finally. She is even more fly in person. And more intimidating. What’s that thing women call it…? Angry Bitch Face. Resting Bitch Face. Whatever it is, Graciii3 has that look perpetually. [In spades. – AM] We felt like we were tap-dancing in a minefield being around her. [Yes! – AM]

At some point in the night Graciii3 actually spoke to us. And we muster enough balls to speak back. And to our pleasant surprise she didn’t cut us with a razor blade hidden in her mouth or anything. We said something that made her laugh. Realized then that she wasn’t an Austin Powers’ Fembot Asian Edition. She said we were funny – turns out she’s really smart and perceptive. Like that.

As the shoot and night progressed, we grew more comfortable talking and joking with Graciii3. At one point, she even touched us. She wanted to approve some iPhone photos we snapped of her (yes, she hated every single one of them and had us take a dozen more that she hated) and leaned her body into us. For a while. And no one got hurt, no one meaning us (since we think Graciii3 is impervious to pain: mental, physical, emotional or spiritual). Sweet! She is a She-Hulk.

Now here is the (more) funny part. Graciii3’s boyfriend showed up. Yeah… we know… boyfriend… boooo! But here is the thing – we started chatting with the boyfriend. And he’s a really cool dude. He’s actually cooler than Graciii3. We had more fun chopping it up with him than talking to Graciii3. We enjoyed shooting Graciii3 more than we would imagine shooting him, but that’s all good. So now when we see Graciii3, we’re checking to see if the BF is with her. Ain’t it funny how life works out sometimes?

[Editor’s Note: We would like to take the time to say that Graciii3 is a sweetheart. No, she doesn’t have a knife to our neck and is forcing us to type this. She’s funny and quite goofy. Follow her on Snapchat and half the time she is picking her nose on there. We are also predicting that Graciii3 will hate this article as well as the photos and demand/ask us to take it down and write/select something better. This of course ain’t happening. We ain’t scared. She doesn’t know where we live.]